How many Jedi Knights are there in England and Wales?

In this month’s blog, we’ve decided to take a look at the different religions in England and Wales. We are particularly interested in the Religion category of ‘Jedi Knight’ as the latest Star Wars film has performed incredibly well across the globe.  All of the information in the blog has been sourced from the census 2011, visit here to view any additional information that you may be interested in.

First off let’s look at the different religions and their level of prominence in England and Wales. 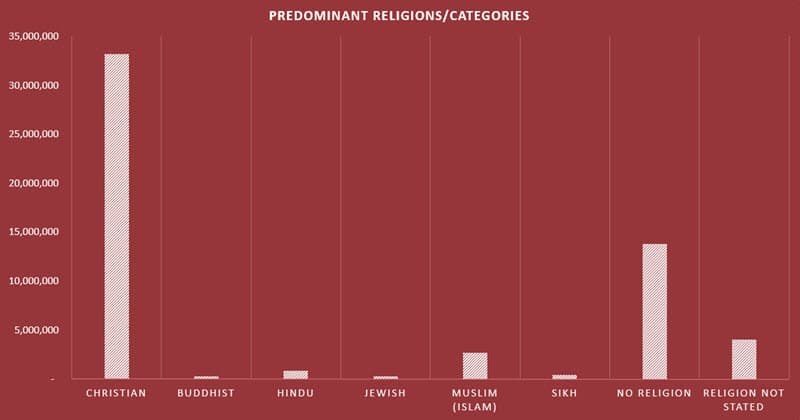 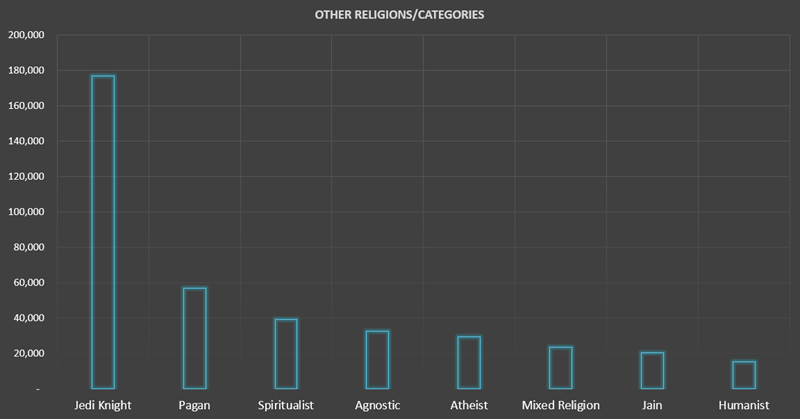 The rise and fall of the Jedi

The image shows where the Jedi Knights are located throughout England and Wales, the religion appears to be far more popular as we move towards the South of the country. 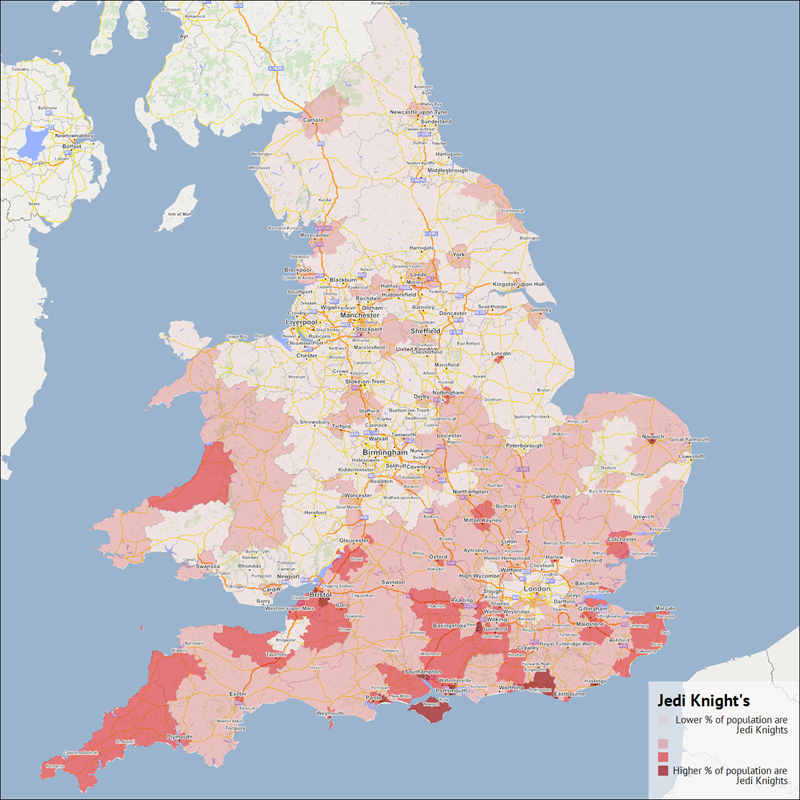 As we can see from the statistics and the graph, there are an extraordinary number of Jedi Knights throughout England and Wales. It is by some distance, the most popular of the ‘Other Religions’ as we move away from the more traditional ones.

However, in the 2001 Census the number of people tilting their religion as ‘Jedi’ was over 390,000. It’s thought that a hoax campaign boosted the response from teens and those in their 20’s, which is in-between the release of Episode 1 – The Phantom Menace (1999) and Episode 2 – Attack of the Clones (2002). The Director of reporting and analysis for the Office for National Statistics, John Pullinger said “Whatever its motive, the Jedi campaign may have worked in favour of the Census exercise. Census agencies worldwide report difficulties encouraging those in their late teens and twenties to complete their forms. We suspect that the Jedi response was most common in precisely this age group. The campaign may well have encouraged people to complete their forms and help us get the best possible overall response”.

With the number of people selecting Jedi Knight as their religion now being only 176,632 in comparison, maybe the release of the new films will trigger another resurgence in the force amongst the people of England and Wales.

Christianity and No Religion

First off, we’ve created an image showing where the higher percentages of the population selected ‘No Religion’ in the Census. Much like the spread of those who chose ‘Jedi Knight’ as their religion, it’s concentrated more in the Midlands and as we move towards the South of the country. It also shows that the people of Wales are particularly non-religious, with all of the local authorities being shaded darker red. 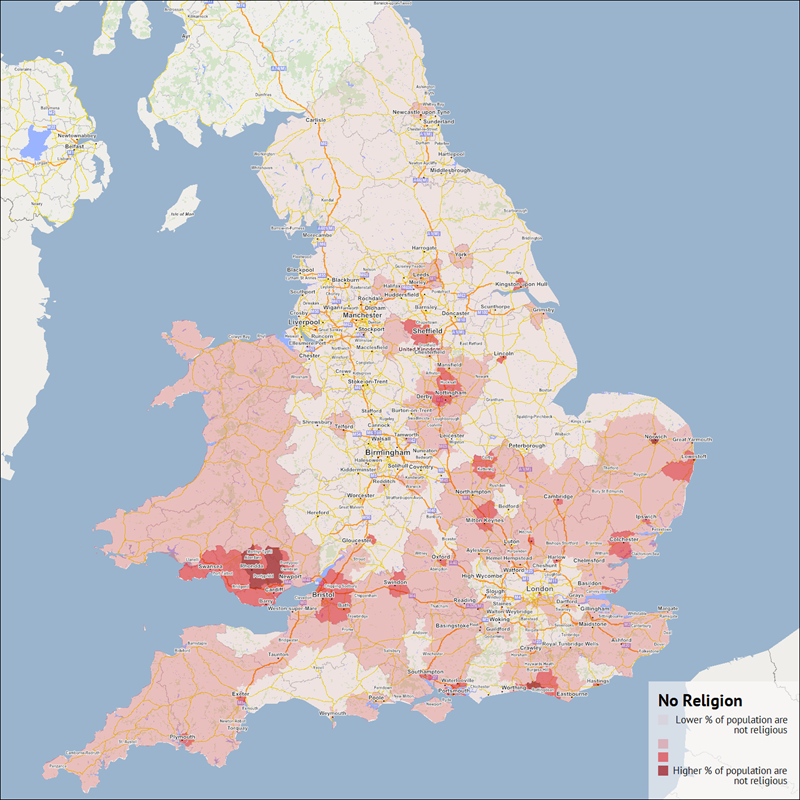 Now if we take a look at Christianity in England and Wales we can see that much more of the country is shaded red. It seems that Christianity is much more popular in the North of the country and in particular around Liverpool, Chester, Lancashire and surrounds. It’s also interesting that religion in general but also Christianity doesn’t seem to be popular within large towns or cities, most of the clear areas are these more urban locations. This could be because of the more diverse range of people and beliefs that cities tend to hold. 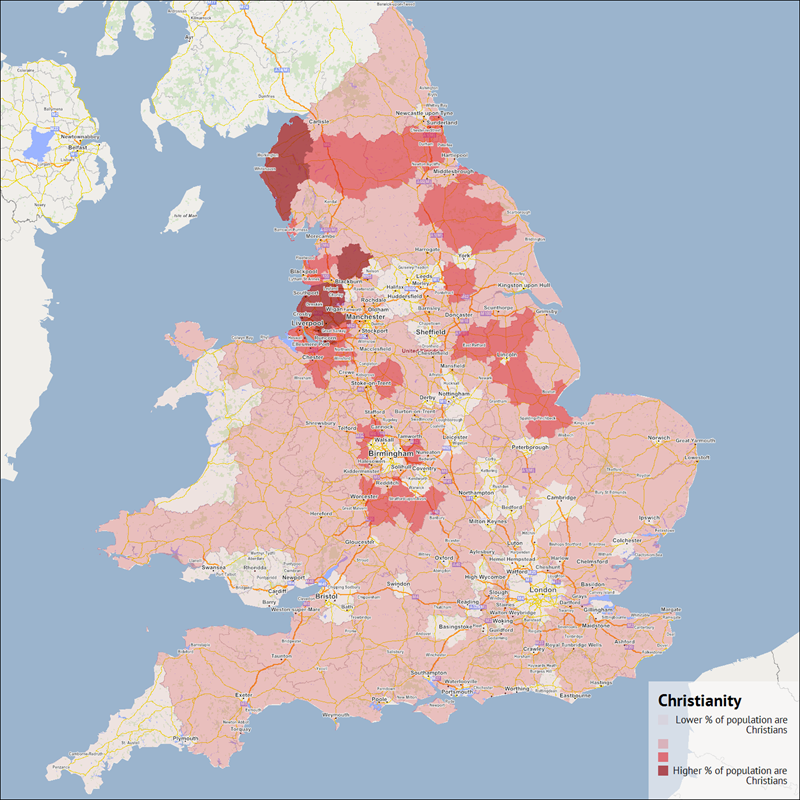 We hope that you’ve found this blog interesting and may the force be with you. 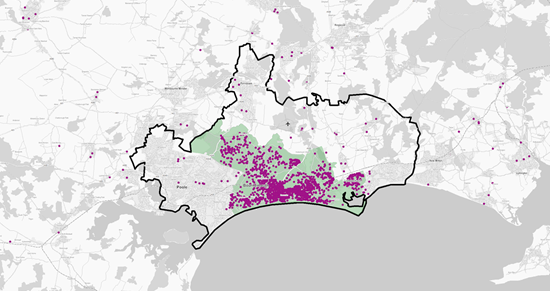 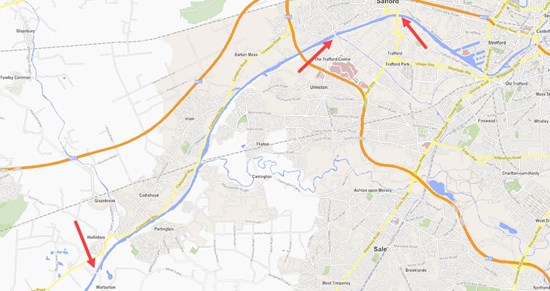 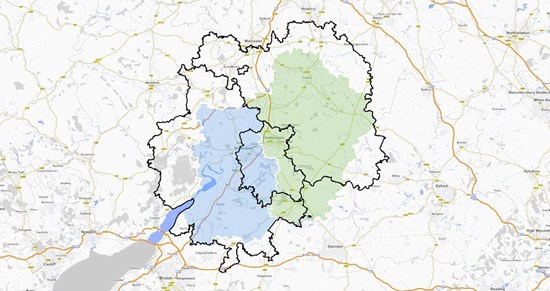 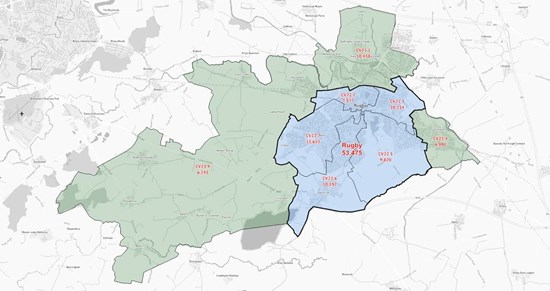